The Jets were 10-6 in the 2015 regular season and narrowly missed the playoffs. The Jets were last in the playoffs in 2010 where they lost the AFC Conference Championship game 24-19 to the Steelers.

New York competes in the AFC East with the New England Patriots, Buffalo Bills and the Miami Dolphins. 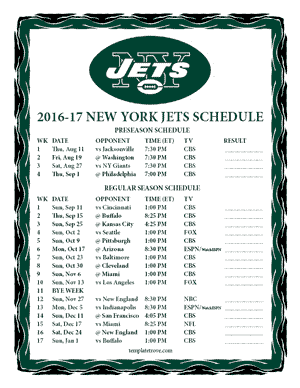