Miami competes in the AFC East with the New England Patriots, New York Jets and the Buffalo Bills.

The Dolphins 2016 primetime schedule includes a week 4 trip to Cincinnati to play the Bengals in a Thursday night game.  Miami will also be featured in a week 15, Saturday night game at the New York Jets. 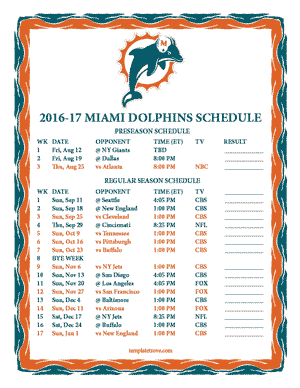