The Bills were 8-8 in the 2015 regular season and failed to make the playoffs. Buffalo has not made the NFL Playoffs since 1999 and 1995 was the last time they won a playoff game.

Buffalo competes in the AFC East with the New England Patriots, New York Jets and the Miami Dolphins.

Buffalo will travel to Seattle to face the Seahawks in week 9's Monday Night Football clash. They will also play a week 2, Thursday night home game against the New York Jets. 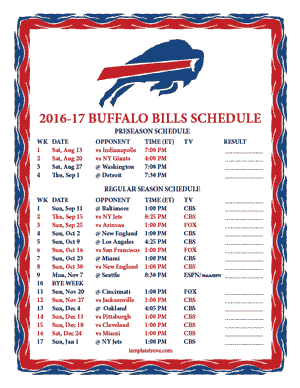