The 2015 regular season saw the Lions finish with a 7-9 record. They also finished 3-3 within their division and failed to make the playoffs. Detroit last made the playoffs in the 2014 season. 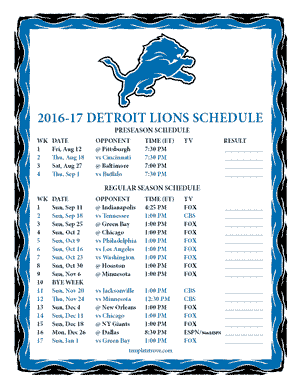