The Chicago Bears ended the 2015 regular season with a 6-10 record. They actually played better on the road (5-3) than they were at home (1-7). The Bears have not been included in the playoffs since 2010.

NFC North foes include the Detroit Lions, Green Bay Packers and the Minnesota Vikings and they were 1-5 against this group last season. 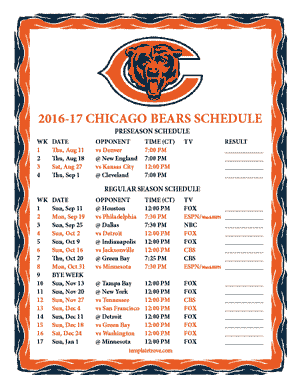