The Redskins compete in the NFC East with the Philadelphia Eagles, Dallas Cowboys and the New York Giants. 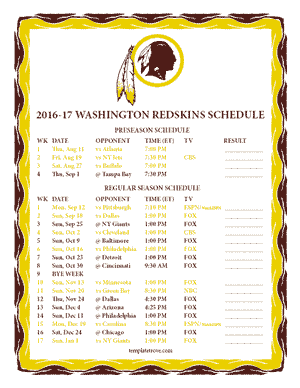