Dallas finished at the bottom of the NFC East in 2015 with a 4-12 record. Major injuries contributed to the poor showing last season after making the 2014 playoffs as a wildcard team. The Cowboys are five-time Super Bowl Champions 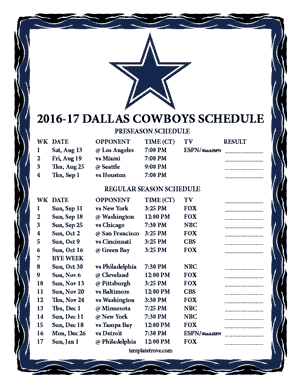