The Seahawks finished the 2015 regular season with a record of 10-6. They eventually lost in the Divisional Playoffs to NFC Champion Carolina Panthers. Seattle has made the playoffs each year since 2012 and won the Super Bowl in 2013.

Seattle will host a Monday Night Football game in week 9, at home against the Buffalo Bills. Other prime time tilts include week 7 on Sunday Night at Arizona Cardinals and week 15 Thursday Night game verses the LA Rams. 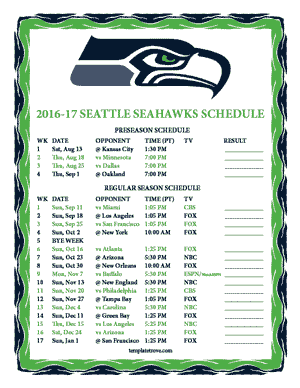