After being blown out 49-15 in the NFC Championship game, the Cardinals have high hopes for a Super Bowl trip this season. The Cardinals finished last season with a 13-3 regular season record, which was second best in the NFC.

They also play at the defending NFC Champion Carolina Panthers in week 8. 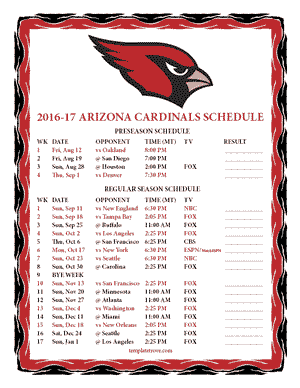