Pittsburgh plays in the AFC North with the Cincinnati Bengals, Cleveland Browns and the Baltimore Ravens.

The Steelers will be featured in week 1's Monday Night Football at the Washington Redskins. They also play at Indianapolis in week 12 on Thursday Night Football. Sunday night primetime games include week 4 at home verses Kansas City and week 15 at Cincinnati. 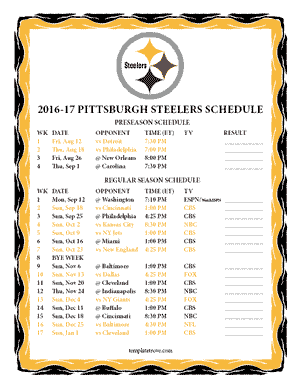