Cleveland finished the 2015 regular season with an AFC worst 3-13 record. The Browns have not been in the playoffs since 2002.

The Brown's AFC North foes include the Cincinnati Bengals, Baltimore Ravens and the Pittsburgh Steelers.

Week 10 will be Cleveland's only primetime game this season at Baltimore. 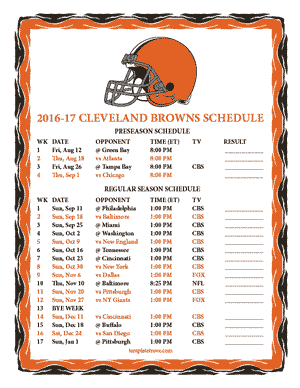