The Texans had a regular season record of 9-7 in the 2015 regular season and made the playoffs for the first time since 2012. They were defeated 30-0 in the wildcard game by the Kansas City Chiefs.

Two Monday Night Football games are included in this season's schedule for the Texans: week 7 at the defending champion Denver Broncos and week 11 at the Oakland Raiders. Week 3 has a Thursday night match at New England. They also have a week 6 Sunday night game at home against the Colts. 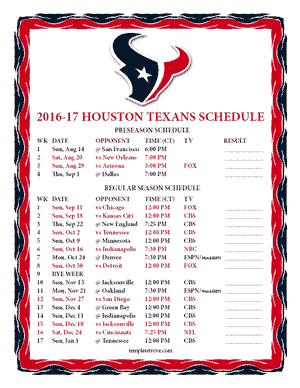