The Buccaneers finished the 2015 regular season with a record of 6-10. They lost 4 in a row to end the season after a 6-6 start. Tampa Bay has not been to the playoffs since the 2007 season, they were Super Bowl Champions in the 2002 season.

Tampa Bay plays in the NFC South Division along with the Carolina Panthers, Atlanta Falcons and the New Orleans Saints. 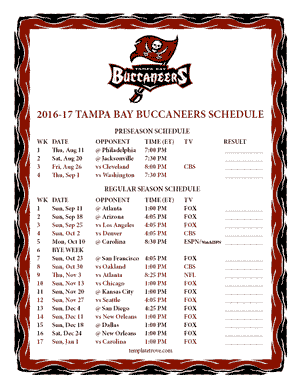